Ronda Rousey is ‘kind of a JOKE in the MMA world’ and ruined her legacy by becoming a ‘sellout’ in WWE rather than rebuilding her reputation from two infamous knockouts, claims UFC champ Julianna Pena

By Will Griffee For Mailonline

Ronda Rousey has become a ‘joke’ in MMA circles after ‘selling out’ to WWE following her ignominious exit from competitive sport, according to Julianna Pena.

Pena, the UFC‘s bantamweight champion, took aim at the 35-year-old pioneer of female combat sports for what she deemed a failure to ‘get back on the horse’.

Rousey called time on her MMA career after being brutally knocked out by Holly Holm with a head kick and then stopped inside a round by Amanda Nunes. 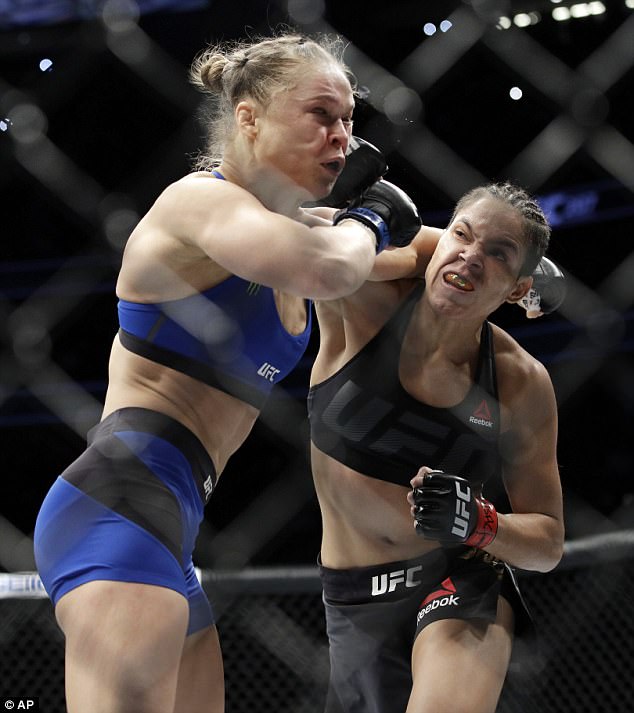 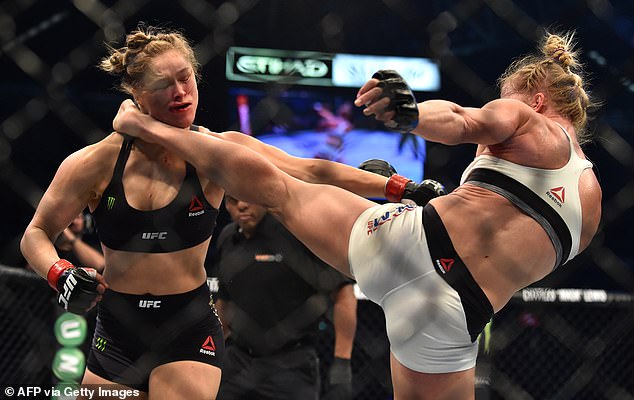 It was a savage end to one of the most exciting careers and Rousey had thrilled on her way to the top, executing her trademark armbar seemingly at will.

Pena is now queen of the bantamweight division having produced one of the biggest upsets ever in beating Nunes.

And she wants Rousey to come back, although admits it is unlikely to happen.

The 32-year-old said: ‘Ronda is so old news, right? I think that what’s incredible about her is that she opened up the door and was destroying people in 10 seconds, and became a star because she was demolishing people in the first round, and that’s great — but she got knocked out twice and never came back. So how legit is she?

‘She had to go to pro wrestling. And I get that and I think that that’s great. But as a fighter and somebody who is competitive, I know that — deep down — it probably truly bothers her, the fact that she went away off of two knockout losses and never came back to make her name good. 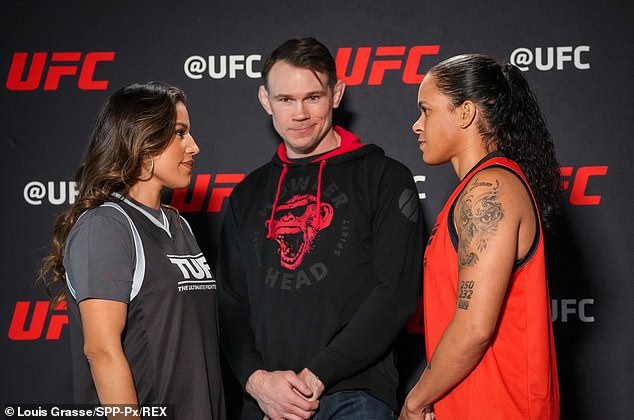 ‘If it really truly does bother her and if it gets under her skin at the end of the day to know that, you know, her legacy is kind of ruined by the fact that she never came back and never got back on the horse, then I would like to invite her to please come back — and if she would like to come back, I would welcome her with open arms.’

She continued: ‘That’s what I’m saying, she’s kind of a joke in the MMA world now, because she’s a — what is the word? — sellout.

‘Like, a little bit of a sellout there. I mean, I guess I understand, right? It’s like, pro wrestling is fake, you get paid millions of dollars, I get it. 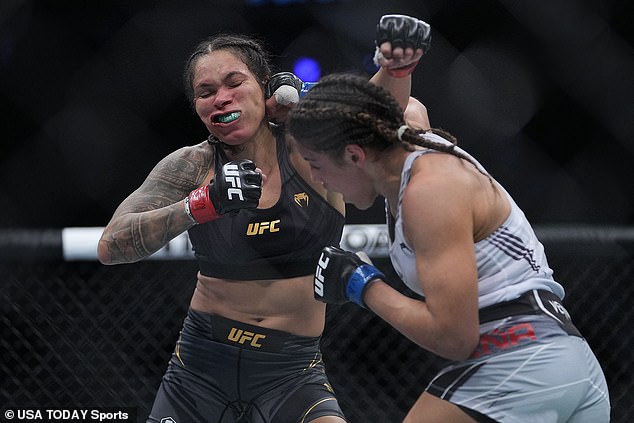 Pena defeated Nunes in December last year and both women are the coaches on the upcoming series of The Ultimate Fighter.

It will be fascinating to see how their rematch plays out, especially with Nunes looking so bizarrely off the pace in their first encounter.

Their fight is expected to take place in July or August but a date is yet to be confirmed.